"Writing that song was a journey. It was one of those things where I would be writing lines years before I ended up constructing the song. I’ll be going about my daily life and I’ll think of like, ‘Wow, so you only have two real options in relationships, like it’s going to be forever or it’s going to go down in flames.’ I’ll jot that down in my notes. I’ll come up with a line that I think is clever, like, ‘Darling, I’m a nightmare dressed like a daydream.’ I just pick them and put them where they fit and construct the bridge out of more lines. I’d come up with in the last couple years. It was really more like a crossword puzzle. ‘Blank Space’ was like the culmination of all my best ones, one after the other. From 2012 to 2013, they thought I was dating too much because I dated two people in a year and a half, but whatever – we’ll leave it there. ‘Oh, a serial dater. She only writes songs to get emotional revenge on guys. She’s a man hater. Don’t let her near your boyfriend.’ It was just kind of excessive and, you know, at first it was hurtful and then I kind of found a little comedy in it. This character is so interesting, though. If you go and read these gossip sites and they describe how I am, it’s so opposite my actual life. 'You know, I can get these guys. I’m just like a nightmare and I’m clingy and I’m awful and I throw fits and tantrums and there’s drama. But then they leave. They can’t stay away so they come back. But then I drive them away again. I’m emotionally fragile and just this unpredictable mess'. [For the music video] I painted a whole picture of this character,” she says. “She lived in a mansion with marble floors and she wears Dolce and Gabbana around the house. She wears animal print, unironically. And so I created this whole character, and I had fun doing it.”

The music video was released on November 10, 2014. It features model Sean O'Pry. The video was directed by Joseph Kahn and filmed in September 2014 at the Oheka Castle, New York.

Storyline
The video starts out with Taylor's lover arriving at her enormous mansion. The have dinner together, dance, ride bikes, paint, ride horses, etc. Then, Taylor sees her lover texting someone. She screams at him and they have a huge fight. She takes revenge by throwing his phone in the pool, ruining his paintings, cutting up his clothes, setting them on fire and destroying his car. As the lover is gone and the video ends, a new man arrives.

Taylor Swift – How I Wrote My Massive Hit 'Blank Space' 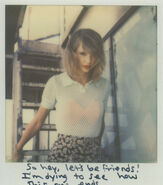 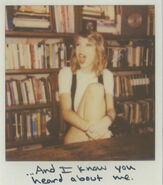 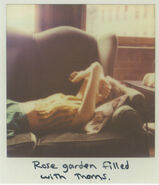 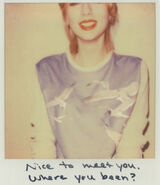 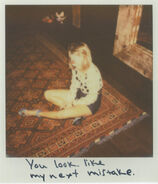 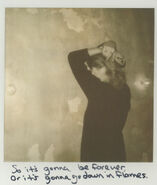 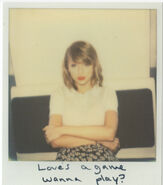 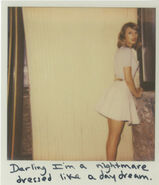 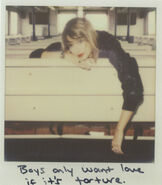 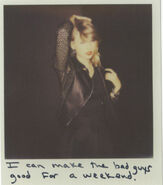 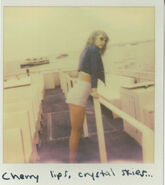 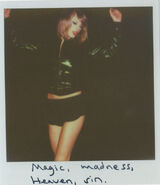 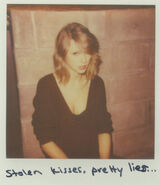